Yesterday, our 1º A, D and E students went

on a hiking to  The Plains of Rabel.

Nature, exercising, breathtaking scenery and good weather (a little bit hot🥵) made both students and teachers have a nice day.

The Plains of Rabel is a natural area located within the Sierra de Grazalema Natural Park, in the provinces of Cádiz and Málaga. Its name comes from the sound of the "rabel", a small musical instrument introduced to the Iberian Peninsula by the Arabs. The term comes from the arab word rabáb, meaning a "traditional string instrument, similar to the lute, which is played with a bow and used to accompany singers of ballads and couplets".

Its sharp sound is linked to the pastoral tradition and has been preserved thanks to transhumance.

However, there's also a legend that tells that by the time this land was a border territory, inhabited by Arabs and Christians, there was a Christian family that had a beautiful daughter, with light skin and dark hair. Near the Viña del Moro, there was also an Arab family with a son of the same age. The Arab guy, aware of the Christian girl's beauty, usually went secretly to the surroundings of the Plains of Rabel, where the Christian family lived. As he was in love, every night the boy went with a "rabel" under the girl's window, played nice melodies and sang love songs.

Thus, every night, behind the windows, there was a candle and soon they started to talk each other. They realised they were in love, but it would also be quite difficult to be together as they belonged to different worlds.

Eventually, as expected, the girl's father realised what was happening there so one night the candle would not be lit. In spite of that, the young boy still went on going every night to play and sing, but the candle light was never seen again.

Thank to Lupe and Pedro for the pictures

Last Wednesday our 3º ESO students had a "Houshold chores workshop".

Mums and dads from the Parents Association were with them, showing how to do different chores (making a bed, doing the laundry, the ironing, sewing, dressing a baby, cooking...) so that everyone helps at home. (The omelettes🍳 were YUMMY!!)

Thanks to the Parents' Association for their cooperation

They went on different days, as we knew that the zoo inhabitants would be reeeeeally scared if more than 150 human specimens (12 and 13 years old) came altogether😂.

Thanks to Lupe and Juan for the pictures.

and to Triana, Lola, Paula, Pepe...from 1ºESO, for sharing theirs

As traditionally (before pandemics), on Friday of Sorrows, just before the Holy Week, our Religion students from 1ºE and 3ºC visited some churches and brotherhoods with MariPaz, Rocío P.  y Juan Manuel R.

Our French students made these activities to celebrate the Francophonie Week

And what is Francophonie? It is "a way to put French at the service of solidarity, development and rapprochement between countries thanks to dialogue among civilizations", according to Leópold Sedar Senghor.

Last March 9th our students in 1º Bachillerato X and Y visited the  Pantheon of Illustrious Sailors in San Fernando.

The Pantheon is a neoclassical monument, with a cruciform structure and a dome in the transept, in which the sailors who have stood out in the history of Spanish Navy are buried. Actually, only the sailors who did not die on the high seas are buried there and have their own tomb. Those who died on the high seas, as their bodies were thrown into the sea, only have a memorial stone. It is noticeable the number of explanations about the great nautical knowledge of Spanish sailors: scientists, mathematicians, cartographers...

Our Parents' Association gave 43 kg of 🍌🍌🍌 at School to spur students to eat fruits and make them change their eating lifestyle!

Watch this interview to know more....

Within the Programmes Gender Equality & Coeducation and School: a Place for Peace, we have carried out some activities: "a Wall", on which students have expressed their opinion, and some awesome Posters (hanging on 1st and 2nd floor ceilings) talking about Savater women.

👏👏👏Thanks everyone for your participation!

And some French students in 4°A, 1° and 2° Bachillerato have made this video. They claim that women without any make up are even more valuable than wearing it and if we help each other, we can get whatever we want.

(The text was also translated into French by sudents themselves).

Last, but not least, a  exhibition for Gender Equality!

“Desenreda” Project tries to offer students, in a dynamic and involving way, the necessary tools to understand the world we live in, go deeper in the global problems of developmnet, analyse reality in a critical way and dismantle the dominant stereotypes, by getting to know the media and social networks.

40 Secondary Schools take part in this first edition, guided by expert journalists with proven experience and training in this issue".

Here you are some pictures of our students performance in the first Module: "Journalism vs Disinformation"

Yesterday, students from 3ºB and C went on a trip to

A little bit of information:

Spanish fir forests were widespread millions of years ago, when climate condictions were quite different from presnt day ones. That makes them real vestiges of those times and a botannical jewel restricted to a very small area. Their origins and proliferation coincided with the cooling porcess within the Tertiary Period, 65 million years ago.

The Post-glacial Age, when the climate started to soften and rainfall gradually decreased, put an end to most of Spanish fir. Eventually, some of them managed to survie in Sierra de Grazalema Natural Park thanks to the orography of the area, which in turn gave them the climatic conditions similar to those existing in much earlier times.

Entering the Spanish fir forest is entering a territory dominated by nature, where the profuse vegetation limits the sunlight. Spanish fir are generally located on northern slopes, protected from the excessive sunlight and moisture loss. This originates a packed and shady forest, in which each tree is in competition for light, what makes the lower branches leafless and limits the existence of bushes or shrub.

In Sierra de Grazalema, the fir spread over an area of more than 400 hectares of the so-called Sierra del Pinar.

Thanks to Lupe for the pictures

One more year, within the "Live and Feel Heritage" Programme, a group of students from 2° ESO went to Sala Compañía last Tuesday 15th to participate in an activity about the promotion of Spanish dance: it was lead by the director and members of the Spanish National Ballet.

We thank and congratulate the entire organization of the event, as well as the direction and members of the National Ballet for their commitment , interest and their successful show.

Last Friday, 12 students from 4ºC took part in the Preliminaries of the 13th Geology Olympics in University of Cadiz.

On Thursday, some students from 3°ESO A,C,E and PMAR went for a trip to Jimena de la Frontera 🚶🚶🚶.

The went hiking along Hozgarganta River and had a guided walk near the castle and the village historical centre.

As you can see in the📸📸, the weather was awesome🌄 and they could have a really great time.

(Thanks to Lupe and Jose for the pictures)

The origins of the Royal Institute and Observatory of the Navy in San Fernando, the oldest observatory in Spain, date back to the 18th century. The illustrious sailor and scientist Jorge Juan, Captain of the Company of Marine Guards since 1751, proposed to Marquis of Ensenada the idea of setting up an observatory in the Castillo de la Villa (Cádiz), the headquarters of the Academy of Marine Guards. The aim was that future Navy officers could learn and master Astronomy, a science that was essential to master in navigation.

As a consequence of such proposal, the Royal Observatory of Cadiz was born in 1753, as an annex to the Academy of Marine Guards. Since then, the new observatory -the southernmost in Europe- started to gain a deserved prestige in the European astronomical context, thanks the contribution of  Luis Godin or Vicente Tofiño and to the technical and scientific support provided to the Illustrated expeditions from the last third of the 18th century.

During its 250 years of operation, important missions for the Navy and for Spanish science were added to its original astronomical tasks, such as the calculation of ephemeris, the publication of the Nautical Calendar, the Higher Studies Course, the Depository of Chronometres and Marine instruments, metereological, seismic and magnetic observations and the scientific determination of time.

In the same period, the Observatory has built up a huge library made up of 28,000 volumes and a large collection of periodical bulletins. Likewise, the conservation of its instruments has allowed a collection of 173 which, in the field of instrumentation for astronomy and related disciplines, is possibly unique in Spain.

Finalists and Winners of the 11th Love Letters Contest!

Awards Ceremony (and some of the letters

Winners of the Recettes de cuisine and Photos Contests, organised by French Department!

We already know the winner of What is love for you? Contest, organised by English Department. To see the videos, click here.

This is a selection of the best sentences...

And the Awards Ceremony!

This time, from the French Departments. You know: that friend of yours you have a great time with (not necessarily human...). Check it out!

Recettes de cuisine: they are special, as we are cooking Friendship. We will need non-perishable ingredients, to cook everlasting dishes.

And if we travel and meet someone special, we'll know how to say I LOVE YOU in 100 languages. Thanks to 3ºB students, who made a huge multilingual heart to show us. (Of course, we used it for a cool Photo Call)

Last but not least, we are anxious to know what you wrote in those letters you put into the Love Postbox by Spanish Department! 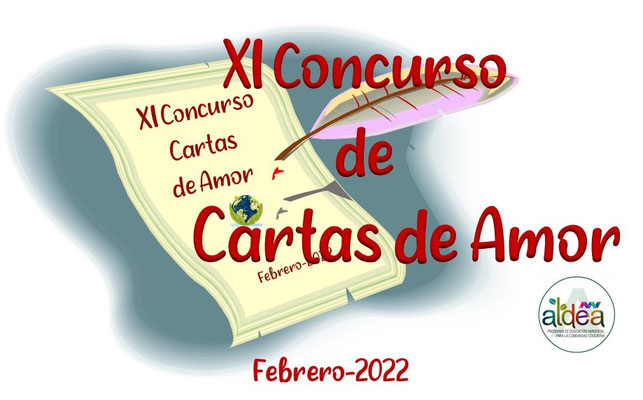 Yesterday, we celebrated the Day of Peace and Against Violence.

Thanks to the Programme School: A place for Peace and the cooperation of students of French and the French Departments, some activities and exhibitions were carried out.

Sadako and the thousand paper cranes

(You can find the book in our Library)

History of the Dove of Peace by Picasso.

Exhibition organised by 1ºD students of French, with a short story of the Dove of Peace by Picasso: beginnings, outlines, etc....

Dove of Peace made by SENs students

Last Thursday, 2º Bachillerato students attended a play at San Felipe Neri School in Cádiz named Historia de una escalera by author Antonio Buero Vallejo. After the performance, they talked to actors and took some pictures with them.

Then, they had a walk through the city, seeing the Cathedral, the Roman Theatre and the Bay of Cadiz.

made by students of 2º ESO

2ºA Science students have set up an exhibition (Main Hall) about the plants we have in our school gardens, with their origin and main features.

Thanks to all of them (and to Juan, their teacher) for teaching us a little bit more about our school.

December 3rd is the International Day of People with Disability, and for that reason 1º A and B students have attended a presentation about disability made by 2º Bachillerato students.

Thanks to Noelia V., Claudia P., Claudia F. and Marta C. for your work

and to celebrate it we have all made a

We thank all students who participated with their hands full of messages, especially our drawers Lola, Claudia, Laura and Cristina, 1ºB, who wrote the names of those women who suffered sexist violence on the tree trunk and branches SO THAT WE WON'T FORGET ABOUT THEM!!